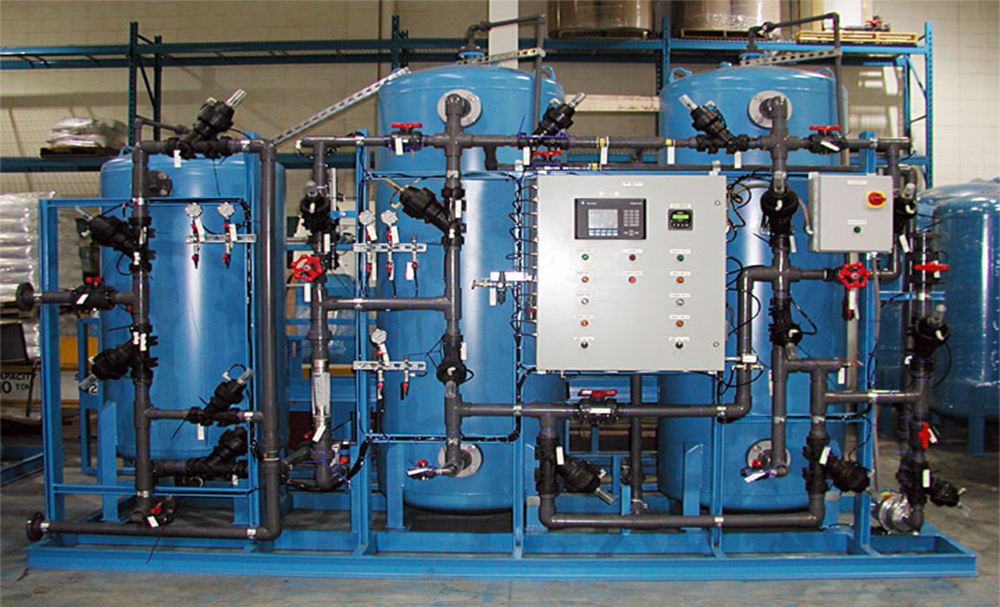 Mechanical, electrical and plumbing  (MEP) refers to these aspects of building design and construction. In commercial buildings, these elements are often designed by a specialized engineering firm. MEP design is important for planning, decision making, accurate documentation, performance- and cost-estimation, construction, and operating/maintaining the resulting facilities.

MEP specifically encompasses the in-depth design and selection of these systems, as opposed to a tradesperson simply installing equipment. For example, a plumber may select and install a commercial hot water system based on common practice and regulatory codes. A team of MEP engineers will research the best design according to the principles of engineering, and supply installers with the specifications they develop. As a result, engineers working in the MEP field must understand a broad range of disciplines, including dynamics, mechanics, fluids, thermodynamics, heat transfer, chemistry, electricity, and computers. 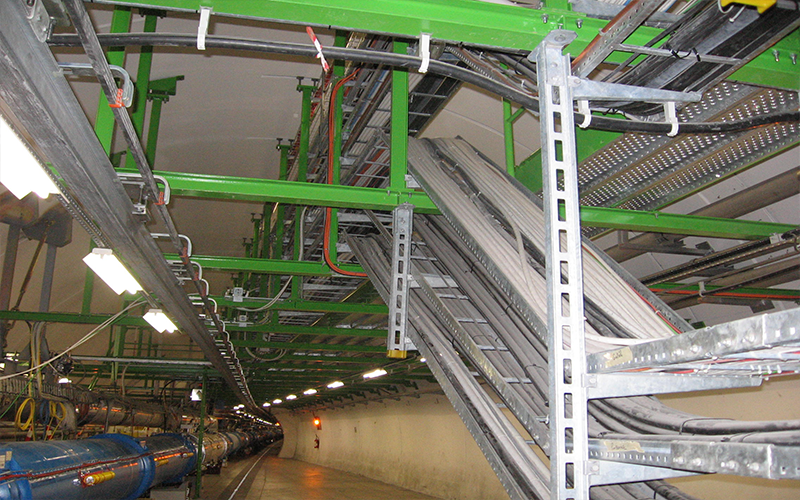 The mechanical component of MEP is typically  a  superset of HVAC  services. Thus, it incorporates  the control of environmental factors (psychrometrics) , either for human comfort or for the operation of machines.

Heating, cooling, ventilation and exhaustion are all key areas to consider in the mechanical planning of a building. In special cases, water cooling/heating, humidity control or air filtration may also be incorporated. For example, data centres make extensive use of heat exchangers to cool their servers . This system creates an additional overhead of 12% of initial energy consumption. This is a vast improvement from traditional active cooling units which have an overhead of 30-70%.[6]However, this novel and complicated method requires careful and expensive planning from mechanical engineers, who must work closely with the engineers designing the electrical and plumbing systems for a building.

A major concern for people designing HVAC systems is the efficiency, i.e. the consumption of electricity and water. Efficiency is optimised by changing the design of the system on both large and small scales. Heat pumps and evaporative cooling are efficient alternatives to traditional systems, however they may be more expensive or harder to implement. The job of a MEP engineer is to compare these requirements and choose the most suitable design for the task.

Electricians and plumbers usually have little to do with each other, other than keeping services out of each other’s way. The introduction of mechanical systems requires the integration of the two so that plumbing may be controlled by electrics and electrics may be serviced by plumbing. Thus, the mechanical component of MEP unites the three fields. 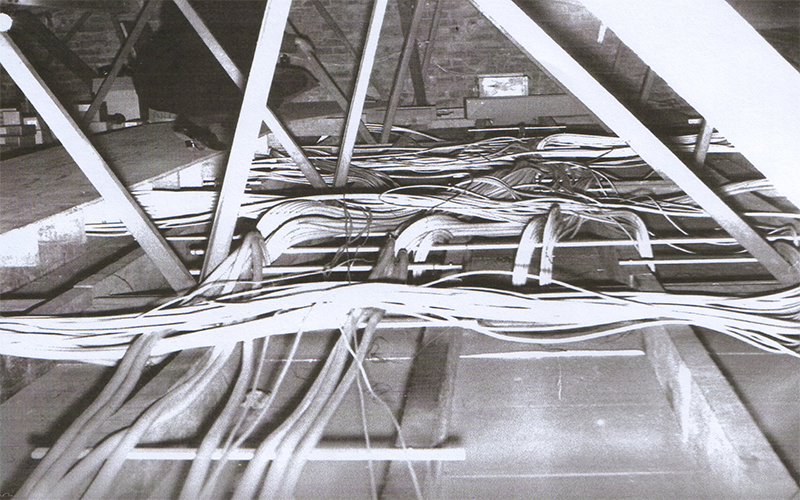 Virtually all modern buildings integrate some form of AC mains electricity for powering domestic and everyday appliances Such systems typically run between 100 and 500 volts, however their

classifications and specifications vary greatly by geographical area (see Mains electricity by country). Mains power is typically distributed through insulated copper wire concealed in the building’s subfloor, wall cavities and ceiling cavity. These cables are terminated into sockets mounted to walls, floors or ceilings. Similar techniques are used for lights (“luminaires”), however the two services are usually separated into different circuits with different protection devices at the distribution board. Whilst the wiring for lighting is exclusively managed by electricians, the selection of luminaires or light fittings may be left to building owners or interior designers in some cases. Telephone wiring from the 1970s. Low voltage cables are often laid across ceiling joists and insulation in roof cavities.

Three-phase power is commonly used for industrial machines, particularly motors and high-load devices. Provision for three-phase power must be considered early in the design stage of a building because it has different regulations to domestic power supplies, and may affect aspects such as cable routes, switchboard location, large external transformers and connection from the street.

Regulations on low voltage wiring are often less strict or less important to human safety. As a result, it is more common for this wiring to be installed or serviced by competent amateurs, despite constant attempts from the electrical industry to discourage this. 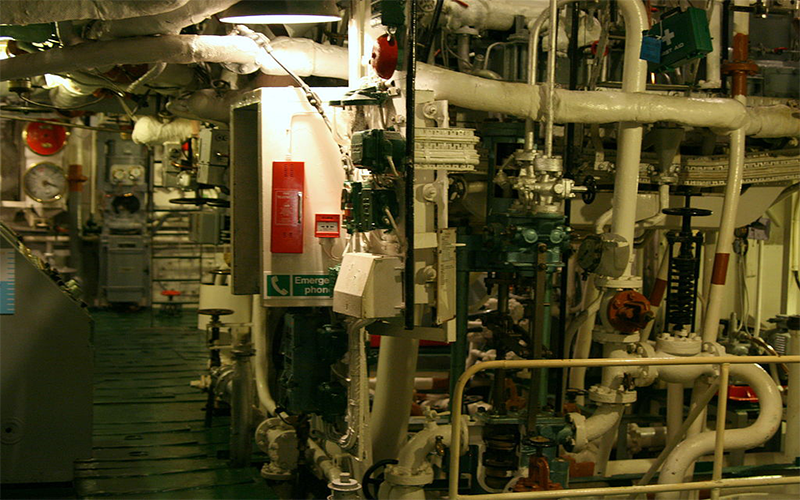 A laboratory for  testing automotive engines, showing plumbing and  electrical setups integrated into the building Competent design of plumbing systems is necessary to prevent  conflicts  with other trades

and to avoid expensive rework or surplus supplies. The scope of standard residential plumbing usually covers mains pressure potable water, heated water (in conjunction with mechanical and/or electrical engineers), sewerage, stormwater, natural gas, and sometimes rainwater collection and storage. In commercial environments, these distribution systems expand to accommodate many more users, as well as the addition of other plumbing services such as hydroponics, irrigation, fuels, oxygen, vacuum/compressed air, solids transfer, and more.

Plumbing systems also service air distribution/control, and therefore contribute to the mechanical part of MEP. Plumbing for HVAC systems involves the transfer of coolant, pressurised air, water, and occasionally other substances. Ducting for air transfer may also be consider plumbing, but is generally installed by different tradespeople.

Rivers are the most important freshwater resource. Social, economic and political development has, in the past, been largely related to the availability and distribution of fresh waters contained in riverine systems. Major river water uses can be

River water treatment is the process of removing contaminants from flowing or stagnant river water which includes physio-chemical treatment of water with the combination of conventional and advance treatment process like coagulation, flocculation, clarification, settling, filtration and disinfection of filter water to produce an environmentally safe and pure water suitable for drinking and multiple uses in domestic, institution and industrial application.

Wastewater treatment plants may be distinguished by the type of wastewater to be treated, i.e. whether it is sewage, industrial wastewater, agricultural wastewater or leachate.

Tertiary treatment is a term applied to polishing methods used following a traditional sewage treatment sequence. Tertiary treatment is being increasingly applied in industrialized countries and most common technologies are micro filtration or synthetic membranes. After membrane filtration, the treated wastewater is nearly indistinguishable from waters of natural origin of drinking quality (without its minerals). Nitrates can be removed from wastewater by natural processes in wetlands but also via microbial denitrification. Ozone wastewater treatment is also growing in popularity, and requires the use of an ozone generator, which decontaminates the water as ozone bubbles percolate through the tank. The latest, and very promising treatment technology is the use aerobic granulation.

Disposal of wastewaters from an industrial plant is a difficult and costly problem. Most petroleum refineries, chemical and petrochemicalplants have onsite facilities to treat their wastewaters so that the pollutant concentrations in the treated wastewater comply with the local and/or national regulations regarding disposal of wastewaters into community treatment plants or into rivers, lakes or oceans. Constructed wetlands are being used in an increasing number of cases as they provided high quality and productive on-site treatment. Other industrial processes that produce a lot of waste-waters such as paper and pulp production has created environmental concern, leading to development of processes to recycle water use within plants before they have to be cleaned and disposed.

An industrial wastewater treatment plant may include one or more of the following rather than the conventional primary, secondary, and disinfection sequence of sewage treatment:

Agricultural wastewater treatment for continuous confined animal operations like milk and egg production may be performed in plants using mechanized treatment units similar to those described under industrial wastewater; but where land is available for ponds, settling basins and facultative lagoons may have lower operational costs for seasonal use conditions from breeding or harvest cycles.